Leaders of the Free World

Leaders of the Free World 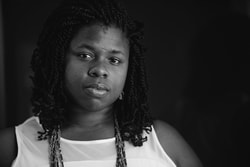 Photo credit: Sugiyama
Ruby Maddox has spent more than 15 years in the field of higher education and experiential learning. Her most recent position was as the study abroad advisor and internship coordinator, for the McCulloch Center Global initiatives; a 2015 Paul Simon Awardee for excellence in international education. Ruby received her B.A. from the University of Massachusetts, Amherst, majoring in Public Policy and Urban Communities, and her M.S. from Bay Path University in Nonprofit Management and Philanthropy. Ruby is the co-founder of Gardening the Community,  a Black-led food security and environmental justice organization in Springfield, MA and owner of Direct Your Purpose, a practice that helps individuals and organizations move from aspiration to action toward their goals.
​
In 2010, Ruby traveled to Ghana to explore urban agriculture in the city of Accra and volunteer with urban farmers. Her experience in Ghana helped inspire her to co-found LFW:

"Being in Ghana for the first time, was the first time I was able to feel like a human being and not just a minority. It was the first time I was able to see myself outside of what it meant to be labeled and a stereotype. More than ever I think our young men need that today. I was privileged enough to be able to have the opportunity to go abroad. It was life-changing and transformative. I believe this experience could have a lasting impact on the lives of young black men and their communities and I want to make that possibility a reality."

Lavar Thomas attended Kingsborough Community College in Brooklyn, New York, as a Kaplan Leadership Scholar, and graduated from Clark University with Cum Laude institutional honors and a B.A in Political Science. Upon graduation, Lavar had the opportunity to serve as a research assistant to the Worcester Division of Public Health and later became a legislative aide to Chairman of the Public Health Committee and State Representative Jeffrey Sanchez of the 15th Suffolk district in Massachusetts. Lavar is a Peace Corp Veteran, having served as a Community Health Volunteer in Rwanda, and is an alumnus of the Global Citizenship Alliance Program in Salzburg, Austria. Recently Lavar launched his passion project, Empower for Greatness. He has also traveled widely to South Africa, Spain, Italy, France, and Germany.

Lavar's experiences with the Peace Corps and world travel helped inspire him to co-found LFW:​

"Travel has played a significant role in my professional and personal growth. By providing the young men of LFW the opportunity to step out of their comfort zones and get a glimpse of the world, I believe it will cultivate a renewed sense of self.”
LFW Advisory Board